World Day of Creativity and Innovation

World Day of Creativity and Innovation is intended to encourage people to give free rein to their ideas in order to make the world a better place and improve their place in it. Founded in 2001 in Canada, April 21 has been celebrated in over 50 countries for years. But WCID has only been one of the "official" theme days worldwide since this 2018, after it was recognised by the UN General Assembly by resolution (No 71/284 on 27 April 2017).

In its explanatory statement, the United Nations explicitly mentions the "need to focus on the importance of micro, small and medium-sized enterprises" and to help them achieve the UN sustainability goals, particularly in the areas of promoting innovation, creativity and decent work for all. Small and medium-sized enterprises (SMEs) account for 99.6 % of all companies subject to VAT in Germany and are the driving force behind innovation and economic strength.

World Creativity and Innovation Day on 21 April intends to encourage people at work and in everyday life to solve problems in new ways. Being creative means thinking up something new, and that means movement and progress. For "the spirit that opens itself up to a new idea," as Albert Einstein is said to have remarked, "never shrinks back to its original size.

On WCID, the world is invited to embrace the idea that innovation is essential for harnessing the economic potential of nations, according to the UN: "Innovation, creativity and mass entrepreneurship can provide new momentum for economic growth and job creation. It can expand opportunities for everyone, including women and youth. It can provide solutions to some of the most pressing problems such as poverty eradication and the elimination of hunger." 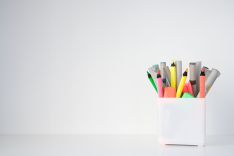 But how can creativity and innovation be captured or even measured? The application of industrial property rights can be an indication. In Germany, the number of patent applications remains very high, as the current annual report of the DPMA shows.

However, if you look at the annual Global Innovation Index of WIPO, Cornell University and INSEAD, Germany still has some room to the top: Switzerland is again the world's most innovative country, followed by Sweden, the USA, the Netherlands and Great Britain. The Federal Republic of Germany remains in ninth place. The GII 2019 is a ranking of 129 countries based on 80 indicators.

According to the report's editors, the global landscape of science, innovation and technology has undergone important changes in recent decades. Middle-income economies, particularly in Asia, are increasingly contributing to global R&D and the number of international patents through WIPO's International Patent System.

However, the GII 2019 also shows that public spending on research and development is increasing slowly or not at all. The editor is also concerned about increasing protectionism: "If it is not curbed, it will lead to a slowdown in the growth of the productivity of innovation and its global diffusion".

Have some ideas - and have them protected!

"Innovation is the engine of economic growth in an increasingly knowledge-based global economy, but more investment is needed to increase human creativity and economic performance," said WIPO Director General Francis Gurry at the launch of the Global Innovation Index. "Innovation can help transform the current economic upturn into longer-term growth."

"The GII shows us that countries that prioritize innovation in their policies have seen significant increases in their rankings," said WIPO Director General Francis Gurry. "The rise in the GII by economic powerhouses like China and India have transformed the geography of innovation and this reflects deliberate policy action to promote innovation".

So, celebrate the World Day of Creativity and Innovation! Let your ideas bubble (and don't forget to have them protected at the DPMA!)