One of the greatest German "inventions" of the 20th century is celebrating its 100th birthday this year: the Bauhaus, which existed for only 14 years, has had a lasting influence on art, design and architecture all over the world. And at the same time it was a visionary concept of society.

Everyone knows them: the design classics of the Bauhaus era. Be it the cantilever chair after Mies van der Rohe, which can often be found in the waiting room of a GP's practice, or the construction game by Alma Buscher, inherited from grandpa - we encounter Bauhaus classics everywhere in everyday life.

The Bauhaus has its origin in the art college "Staatliches Bauhaus" in Weimar, which was founded in April 1919 by Walter Gropius. It soon became clear that Gropius had no intention of joining the ranks of conventional art academies. His goal was to revive the forgotten connection between art and craftsmanship. "Architects, sculptors, painters, we must all return to the craft," said Gropius. He modelled his Bauhaus on the medieval "Dombauhütten" (building hut), which united all the fine arts under one roof and one idea for Gothic cathedral construction. This also led to the name "Bauhaus".

Patented art, but no trademark? 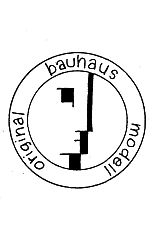 The Bauhaus style is characterised by its prosaic design and the economic-industrial approach. At the Bauhaus, everyday objects suitable for the masses were to be created.

The Bauhaus presented itself to the public in a legally professional manner. The Bauhaus exhibition of 1923 was accompanied by "Conditions of Sale for the Workshop Products and Pictures Exhibited", in which it was stated that "forms and samples are the property of the state-owned Bauhaus" and that the purchase of the exhibits in no way conferred the right to use them as "models for reproduction". From March 1922, all Bauhaus products also bore the "Bauhaus stamp recognised by the government". The step to the trademark didn't seem to be far anymore, but surprisingly the stamp was not registered as a trademark until decades later, in July 1974, by the Bauhaus Archive. The Bauhaus also made little use of the other possibilities of intellectual property protection at its beginnings in Weimar.

It was not until the Bauhaus moved from Weimar to Dessau in 1925 that the Bauhaus people became interested in a functioning rights management system. The minutes of a meeting with a patent attorney show that the Bauhaus managers had apparently not previously been aware of the fundamental principles of industrial property protection. From then on, Bauhaus Dessau began to systematically register utility model and design rights. 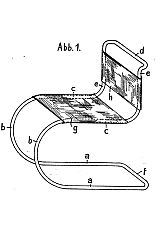 The combination of art and craftsmanship even produced patentable innovations. Examples are the

Patent Number 387 832 (valid from 28.10.1922) by Ilse Fehlung on a "round stage for marionette games", which she had made at the Bauhaus in the same year. The famous cantilever chair by Ludwig Mies van der Rohe is also patented (

In contrast, Marcel Breuer could not apply for a patent for many of his early steel pipe models in Germany because photographs of them had already been published or he had presented them at exhibitions. This meant that these pieces of furniture were no longer new in the sense of the Patent Act and legally valid protection was no longer available. But Breuer did, however, receive a patent on a folding armchair, which was a further development of his club armchair (

The end of the Bauhaus

With his visionary reorientation, Gropius not only met support. The Bauhaus era came to an abrupt end in 1933, when the National Socialists closed the Kunsthochschule. Most of the lecturers, like Walter Gropius, fled abroad to spread the teachings of the Bauhaus. 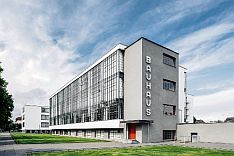 Although Bauhaus only existed for 14 years, it has shaped our current concept of design like no other style. Some of the most famous artists of the 20th century, such as Paul Klee, Wassily Kandinsky and Lyonel Feininger, originated from the Bauhaus era. In 1996, UNESCO declared numerous Bauhaus sites and testimonies World Heritage Sites,including the original art academy in Weimar and the Gropius building in Dessau.

Especially in Jena one can still admire various testimonies of the Bauhaus era today. Among the numerous buildings whose architecture has been shaped by the Bauhaus style are Villa Zuckerkandl, Haus Auerbach and the Jena DPMA office building.