If the GDR still existed, November 22, 2019 would be a day of joy for the Sandman: To be more precise, it would be the day that millions of GDR citizens have been eagerly awaiting for half their lives. Because with their 60th birthday they could finally retire and travel to the West. On his 60th birthday, Sandmännchen would finally have been able to get to know the North Sea and Bavaria and bring his relatives in the East West Coffee and filled chocolate.

But as we all know, everything was different. The peaceful revolution 30 years ago brought down the Berlin Wall and gave the East Germans the freedom to travel. The sandman also made a career in the West and is thus certainly one of the winners of the German reunification. But wait, everything in turn.

The East-West Race for the Sandman 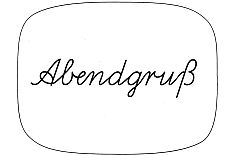 In autumn 1959 a little known race between East and West for the first sandman took place: Since October 1959 the children's programme "Abendgruß" had been broadcast on East German television - still without Sandmann. The station Freies Berlin (SFB) had announced at the beginning of November that a Sandman would appear in the evening program during the pre-Christmas period. This press release was also read on the then German television in East Berlin. There the news triggered lively activities. A whole department was instructed to design its own sandman and bring him to the station within a very short time. It was feared that the SFB wanted to take viewers away from the simultaneously running children's East show. Animated filmmaker Gerhard Behrendt was commissioned to develop his own sandman in order to be able to start before the western competition. Within three weeks, he managed to design the puppet and produce it as an animated film.

The Sandman Song: Too complicated for a children's programme 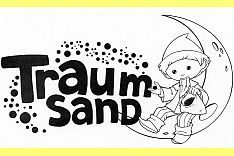 Also the "Song of the Sandman":
"Sandman, dear Sandman, it's not over yet
We'll first see the evening regards
Before every child must go to bed
You certainly still have time",
was created in no time. The composer Wolfgang Richter is said to have received the song lyrics written by the children's book author Walter Krumbach by telephone in the evening. In the night Richter wrote the music. The next day, the piece was recorded and immediately presented in the executive floor of the television station. There they thought that the song was too complicated for the children of the GDR with three-quarter time, time changes and difficult harmonies, but for lack of time and alternative they started with it.

Freedom to travel into space 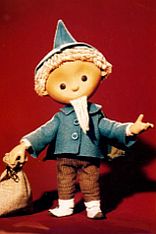 On November 22, 1959, the East Sandman went on air and won the race. The doll wasn't actually finished yet and so the sandman flickered across the screens with a completely different shape. Only two months later did the Sandman look as he still looks today: Button eyes, goatbeards, pointed caps and the sandbags with the dream sand.

The various driving and flying machines with which he travelled to present his children with bedtime stories became his trademark: from bicycles to trains, zeppelins and helicopters. Meanwhile: The East Sandman was not allowed to travel to the West during GDR times, neither were his spectators. But at the height of his career in 1978 he even landed on the Soviet space station Saljut 6 with Sigmund Jähn, the first German in space.

The Ostsandmännchen as the Winner of the Unity

The Sandmännchen Ost was an export hit not only in socialist foreign countries, but also in Finland, Sweden and Cyprus. After the fall of communism, however, it was almost - like so many others - "handled" by East German television. But the uprising of the children in the "new countries" was preceded by successful demonstrations by the parents for the preservation of their Sandman. 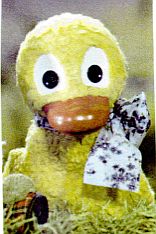 While the Sandmännchen Ost continues to throw its dream sand into the eyes of the children in East and West every evening, the Westsandmann disappeared secretly from the screen after the reunification.

The sandman still flickers tirelessly across the screens in East and West and does not think of retiring with any syllable. As a brand, it doesn't have to be, because it can be extended indefinitely. And so continues to run every day the "evening greeting from television", the "old and young" in the united Germany listen.