The German Patent and Trade Mark Office is headed by the President, the two Vice-Presidents as well as the Heads of the four Directorates General. 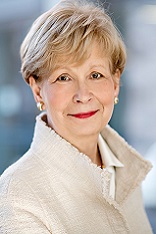 Since 1 January 2009, Cornelia Rudloff-Schäffer is the President of the German Patent and Trade Mark Office. She is the first woman to hold this leadership position. With more than three decades of academic, legislative and administrative experience she is a nationally and internationally renowned expert in the field of intellectual property protection.

Cornelia Rudloff-Schäffer studied Law, Politics and Journalism in Mainz and was awarded a scholarship under the study support programme of the Bischöfliche Studienförderung Cusanuswerk. After the second state examination in Law, she did research at Max Planck Institute for Foreign and International Patent, Copyright and Competition Law (now MPI for Innovation and Competition) as from 1984 and lectured at the Ludwig–Maximilians–Universität in Munich.

In 1991, she transferred to the Federal Ministry of Justice. There she headed the Section "Legal Issues of New Technologies" and the Section "Trade Mark Law, Law Against Unfair Competition" and represented the Federal Republic of Germany at international conferences. In 2001, she took over management of the Legal Division of the German Patent and Trade Mark Office, and in 2006, was appointed Head of the Trade Marks, Utility Models and Designs Department.

Cornelia Rudloff-Schäffer is the co-author of the standard legal commentary "Schulte, Patentgesetz mit EPÜ”, whose eleventh edition is published in 2022. Tongji University in Shanghai awarded an honorary professorship to her in 2011 in recognition of Germany’s contribution to setting up the Chinese patent system. 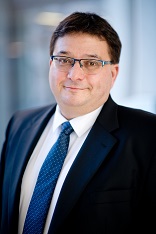 Since 1 June 2021, Bernd Maile has been Vice-President of the DPMA.

From 1982 to 1989, he studied physics at the University of Tübingen (Eberhard Karls Universität) and the University of Stuttgart. Then, he completed a postgraduate distance learning course in economics at the FernUniversität in Hagen (degree: Diplom-Wirtschaftsphysiker), which he pursued parallel to work.

From 1990 to 2000, Bernd Maile worked as a development engineer, project manager and head of a manufacturing division at several German and US companies in the telecommunications and semiconductor industries.

In 2000, he joined the German Patent and Trade Mark Office, where he worked as a patent examiner and group leader in the field of semiconductor technology until 2007.

In the seven years that followed, Bernd Maile was a judge at two technical boards of appeal of the Federal Patent Court, a nullity board and the board of appeal for utility model cancellations. From 2011 onwards, he also fulfilled the duties of Data Protection Officer of the Federal Patent Court and headed a working group for prospective patent attorneys (opposition proceedings and opposition appeal proceedings).

In 2013, he returned to the German Patent and Trade Mark Office and headed a patent division that focused on medical technology and sub-fields of electrical engineering. During that time, he was a member of the examination board for patent attorneys. In 2019, he was appointed as Head of Directorate General “Patents and Utility Models”. 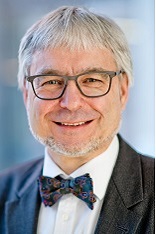 Since 1 January 2019, Ulrich Deffaa has been Vice-President of the DPMA.

From 1977 to 1982, Ulrich Deffaa studied Law at the Ludwig-Maximilians-Universität in Munich and, after passing his First State Examination in Law, he read Oriental Studies for another four semesters. At the same time, he completed his practical legal training in Munich and Istanbul. After the Second State Examination (1987), he spent a year at the European University Institute in Florence. He was awarded scholarships under the study support programmes of the Studienstiftung des Deutschen Volkes and the Bischöfliche Studienförderung Cusanuswerk.

In December 1988, Ulrich Deffaa joined the administrative judiciary of the Land of North Rhine-Westphalia, to which he belonged until October 2010. He was a judge at various administrative courts and at the Münster Higher Administrative Court and dealt with a broad range of public-law matters. At the beginning of his work as a judge, he was seconded for one year to the local government of Minden-Lübbecke, where he held the position of Head of Department.

From 1997 to 1998 and later, from 2007, Ulrich Deffaa was seconded to the Federal Ministry of Justice, where he worked as Deputy Head of a division in the Directorate General – Commercial and Economic Law and in the Directorate General – Central Affairs. After transferring to the Federal administration in March 2013, he assumed the post of Head of Division of Data Protection Law; Law Regarding Federal Statistics, which he held until 31 December 2018. In this function, he was involved in the negotiations for the EU General Data Protection Regulation on behalf of the Federal Ministry of Justice and Consumer Protection and, from 2016, in the German legislation implementing the EU General Data Protection Regulation.

Head of the Directorate General "Patents and Utility Models" 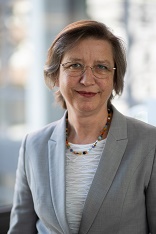 1979 – 1985 studied chemistry at Ludwig-Maximilians-Universität in Munich

1986 – 1991 doctorate in science (Dr. rer. nat.) and research fellow at the Fritz Haber Institute of the Max Planck Society in Berlin

Head of the Directorate General "Information" 1989 – 1994 doctorate in science (Dr. rer. nat.) and project engineer at the Fraunhofer Institute for Laser Technology in Aachen

2013 – 2015 group leader of patent division 1.56 (Measuring, Controlling in Automotive Engineering, Traffic Management and Control Systems) and assistant to the Head of Directorate General 1

On 20 June 2022 entrusted with the duties of the Head of Directorate General 2 "Information".

Head of the Directorate General "Trade Marks and Designs" 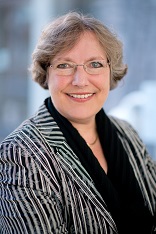 1983 – 1989 legal officer in the administrative service of Hansestadt Hamburg, lecturer at the Federal University of Applied Administrative Sciences, Representation of the State of Hamburg to the Federal German government

2006 – 2010 Head of a trade mark division at the DPMA, Deputy Head of Department "Trade Marks, Utility Models and Designs"

Head of the Directorate General "Administration and Law" 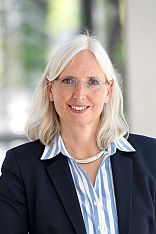 1995 – 1997 coordination unit for staff representation matters at the DPMA

2002 – 2006 Head of section (organisation, personnel and administration) in the trade mark area at the DPMA

2007 Head of a trade mark examination team at the DPMA