Comic of the 20th century: The clever boy with the iconic quiff

Billions of billious blue blistering barnacles! Can it really be true that Titin and Snowy are already that years old? On January 10, 1929, the magazine "Le Petit Vingtième" published the first episode of "Tintin", probably the most influential European comic strip. 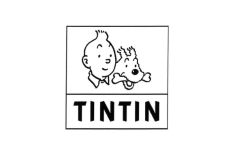 Over a period of half a century a total of 24 adventures of the young reporter and his white Fox Terrier appeared. Generations have grown up with Tintin, Captain Haddock, Professor Calculus and Thomson & Thompson. Tintin's creator Hergé dedicated himself to them until the end of his life; the last adventure remained unfinished when he died in 1983.

Already in the first story, which appeared in the youth Supplement of the Belgian newspaper "Le Vingtième Siècle" in sequels until May 1930, some strengths of the series are hinted at, which make "Tintin" so unique: subtle humor and slapstick elements, fast-paced adventures, sinister villains, exotic locations, absurd situation comedy and of course the famous "Ligne claire", the clear drawing style, which became hugely influential. 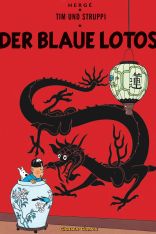 But today Tintin's early beginnings can only be enjoyed with caution. The first three adventures were dripping with dull clichés and prejudices; "Tintin in the Congo" (1930) was even openly racist. Hergé was able to free himself only slowly from the negative influences of his environment and the zeitgeist.

With his masterpiece "The Blue Lotus" from 1934 at the latest, however, Hergé reached the level that was to characterize all volumes from now on: the backgrounds and settings were excellently researched, the stories thought through and original, the drawings realistic down to the last detail and the author and his hero are clearly on the side of the weak and oppressed. The stories are also interesting for historians today, as they capture much of the spirit of the times. "The Blue Lotus", for example, tells more about Japanese imperialism and China's helplessness in the 1930s than many a proseminar. 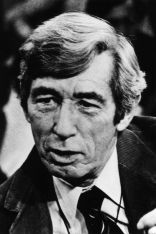 Hergé (1907-1983), born near Brussels, was actually called Georges Remi. Chanigng around his initials and pronouncing them in French explains his pseudonym. Characteristics of his typical "Ligne claire" are: Clarity of contours, scarcely any shadows, monochromatic colouring of larger surfaces. The drawings are thoroughly composed and rich in detail; everything appears tidy and well-structured. The Tintin volumes are therefore regarded as graphic masterpieces; horrendous sums are nowadays paid for original drawings. 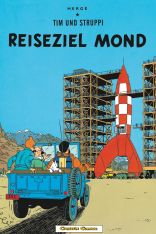 Thanks to the inventions of Calculus, Tintin even makes it to the moon

For those interested in technology, the series has a lot of inspiring things to offer. Cuthbert Calculus, the partially deaf, distracted, ingenious inventor, makes sure of this. He develops mini-submarines, destructive ultrasonic devices and even moon rockets. In the two volumes of Tintin's Moon Journey (1952/54), which appeared several years before the actual moon landing of Neill Armstrong & Co., the colourful rocket plays the leading role. It has only the length in common with the later Saturn V, but is otherwise much more practical (return flight in one piece!) and above all more comfortable (there are beds, a kitchen and a lot of space - the real astronauts had to do without all this in 1969).

Remarkable is Calculus´ description of his rocket engine: "It works like an atomic bomb that doesn't explode all at once". One would like to study such a patent application once.

State-of-the-art technology - but not the trousers 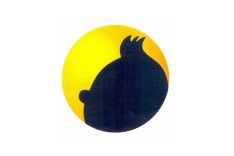 Hergé was always technically up-to-date: when he later reissued stories, he updated them by adapting cars, airplanes or railways to the current state of the art and replacing propeller-driven aircraft with jets, for example. But although Hergé always had his finger on the pulse of the times, it was not until the last volume of 1976 that he replaced Tintin's 1920s Knickerbocker trousers with brown jeans.

The title hero always remains the same: an eternal youth, a rather neutral character, without family, history, passions, vices. The side characters contribute the human touch: the drinking, cursing Haddock, the clumsy detectives Schulze & Schultze, the vain diva Bianca Castafiore or the philistine Jolyon Wagg.

Tintin and the property rights 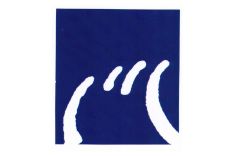