In 2021, the German Patent and Trade Mark Office concluded more patent and trade mark procedures than at any time in more than 30 years – DPMA President: High number of granted patents strengthens companies in the crisis – decline in patent applications, trade mark applications at highest level in 22 years

Munich. The German Patent and Trade Mark Office (DPMA) substantially improved its performance over the past year and concluded more patent procedures than at any time in more than 30 years. The office concluded 48,489 procedures in total, 16.1% more than in the previous year. The number of patent grants also reached a record level in more than 30 years: In 2021, the examiners of the DPMA issued positive decisions for 21,113 inventions – an increase of 22.0% compared to the previous year.

“Granted patents make companies more attractive for investors, enable them to enter into more advantageous cooperation agreements and to exclusively market new products themselves. This strengthens their competitiveness and gives them planning certainty and new options for action, especially during the crisis,” said DPMA President Cornelia Rudloff-Schäffer and added: “We are pleased to be able to support industry as a powerful partner and service provider, especially in these difficult times. We owe this to the extraordinary commitment of our staff and our modern and highly efficient IT systems.” Thanks to its digital and workflow-controlled case file system, which is unique among German authorities, the DPMA provides ideal conditions for its staff to work from home. This proved to be a crucial advantage in the second year of the pandemic, too.

Here you will find the DPMA statistics 2021 and current infographics

The DPMA continued to apply the highest quality standards in its examination procedures. The number of refused patent applications increased almost as much as the number of grants and amounted to 10,322. When the number of patent grants is compared to the total number of concluded procedures, the grant rate is 43.5%. The figure roughly corresponds to that of the previous years.
In 17,054 cases, applicants actively withdrew applications or the procedure ended because they did not pay annual fees. “We believe that many companies re-evaluated their IP portfolios in the light of the crisis and therefore ceased to pursue less relevant applications,” the DPMA President comments.

The large number of concluded cases meant that the DPMA was able to reduce its number of pending examination procedures for the first time in many years. The successful recruitment drives of the past years and the continuous further increase in examination staff in Munich and – for the first time, as from 2022 – also in Jena will also reduce the duration of procedures in the coming years.

The DPMA also showed a strong output in its trade mark area: The examiners concluded 91,613 registration procedures in total – 15.1% more than in the previous year. They entered 68,597 new national trade marks in the register (+13.5%) – a record high in the history of the office. The registration rate was 74.9%.

The trends in patent activities diverged: In the past year, 58,568 applications for inventions were filed at the DPMA. That meant a 5.7% decrease compared to 2020. However, the pandemic-related decline in the number of requests for examination did not continue and, at 43,155, the number was still at the same level as in the previous year. The number of requests for patent searches even rose significantly again year-on-year to 14,920 (+4.8%). Search requests are often used to assess patentability in order to file international applications, if promising. The conclusion to be drawn from both key figures is that the demand for patents was not diminishing. However, many companies apparently decided against filing applications without a request for examination, which are sometimes filed as a precautionary measure although the applicant does not really seek a patent. 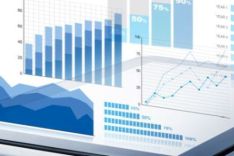 In the patent area, the marked decline in the traditionally strong technology field “Engines, pumps, turbines” (-15.1%) is particularly striking. The main reason for this is the technological change in the automotive industry from the combustion engine to electric mobility. Even though fewer inventions relating to the internal combustion engine were filed, there were significantly more patent applications in technology fields concerning electric mobility. Last year, the DPMA saw a considerable increase of 20.2% in the field of batteries and fuel cells.

In 2021, there was a marked decline in the number of applications in “Medical technology” (-17.0%) and in the technology field “Other consumer goods” (-26.0%) in comparison to the first coronavirus crisis year 2020, which saw an extraordinary rise in applications filed at short notice in these fields. In the field “Medical technology”, this concerns, among others, subclasses for disinfection and sterilisation technology and in the field “Other consumer goods”, it concerns protective clothing and face masks. Applications in these areas had skyrocketed in the previous year.
The technology field “Electrical machinery, apparatus, energy”, which also includes batteries and fuel cells, was one of the few areas with rising applications. There were also increases in the sub-areas of digitisation, such as “Digital communication” (+6.1%), also covering patent applications relating to the new 5G standard in mobile communication. As in previous years, innovation activity was strongest in the technology field “Transport” (-2.8%) with a total of 10,482 applications. Companies in the automotive industry are particularly active applicants here.

“The balance still reflects the economic impact of the coronavirus pandemic. Many companies are more restrictive in their choice of developments for which they file applications. However, the fact that, obviously, protection is still sought for a large number of important inventions is a good sign for Germany as a location for innovation,” comments the DPMA President, adding: “Another reason for the trend in applications is the technological change in the automotive industry, which has a particular impact in Germany with its many big manufacturers and suppliers.”

When applying for a trade mark, the applicants must always indicate for which classes of goods and services they seek protection for the trade mark. Since, in many cases, several classes are requested, the office counts the number of classes indicated. There were particularly sharp increases in the classes for household or kitchen utensils (+18%), foodstuffs of plant origin (+14.4%) and of animal origin (+14.7%), games, toys and sporting articles (+16.6%) as well as for non-alcoholic beverages and alcoholic beverages (each +15.0%). The obvious cause in this second coronavirus year is probably the pandemic-related structural change in consumption habits regarding food, sports and entertainment – shifting away from sharing external facilities and services with other people towards self-sufficient individual households with their own equipment and supplies. However, the overall top class in terms of trade mark registrations still is “Advertising, business management, organisation and administration”.

There was a striking decline in the classes “Pharmaceuticals; plasters, materials for dressings; disinfectants” (-7.8%) and “Medical apparatus and instruments; orthopaedic articles” (-20.4%). Again, this decline can be explained primarily against the background of the exceptionally high pandemic-related figures of the previous year. Sometimes, trade mark applicants respond very quickly to economic and social developments. It is advantageous for them that the application process from the first considerations, the creation of the trade mark, the necessary searches to actually filing the application with the office can be accomplished within a few days.

Ranking of Federal Länder: Baden-Württemberg clearly ahead of Bavaria in terms of patent applications

If the figures are converted to per 100,000 population, Baden-Württemberg and Bavaria are also leading with 122 und 90 applications, respectively. With 37 applications, Lower Saxony follows in third place.

With 3,966 applications, Robert Bosch GmbH once again took the top position among the most active patent applicants in 2021. In second place was Bayerische Motoren Werke AG (1,860), which once again moved up one place, relegating Schaeffler Technologies AG & Co. KG (1,806), which had ranked second for many years, to third place. Despite declining overall numbers of applications in this sector, the car industry continues to dominate the top places in the list of applicants. All top 10 applicants in 2021 were car manufacturers or suppliers.

In the top list of trade marks, Make Great Sales Ltd., an e-commerce service provider, led the ranking with 79 registrations, ahead of bakery goods manufacturer Bahlsen GmbH & Co. KG (66), ranking second, which was ahead of the trade mark consultancy firm Private Mark GmbH (65).