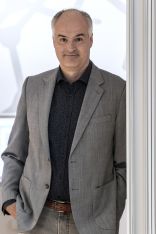 Munich. Exhaust gases become mattresses and sports floors: At the suggestion of the German Patent and Trade Mark Office (DPMA) and in recognition of their inventions concerning the use of CO2 for the production of new plastics, Dr Christoph Gürtler and Prof Walter Leitner, both chemists, have been nominated for the European Inventor Award. “To use a climate-wrecking gas as a valuable raw material for a high-quality product sounds like spinning straw into gold. The difference is that we do not talk about a fairy tale, but about a real cutting-edge technology,” said DPMA President Cornelia Rudloff-Schäffer. “The developments of the two researchers are an impressive example of how a highly innovative technology can contribute to preserving resources and protecting the environment. I am very happy that the European Patent Office has followed our suggestion with this nomination.” 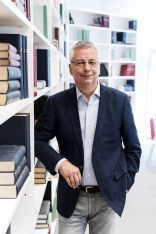 Dr Christoph Gürtler (Covestro Deutschland AG, Leverkusen) and Prof Walter Leitner (Chair of Technical Chemistry and Petrochemistry at RWTH Aachen University) are nominated in the Industry category of the European Inventor Award. They have developed a technology for using carbon dioxide as a component for high-quality plastics. Vast quantities of climate-damaging carbon dioxide are emitted by combustion processes in power plants, factories and cars. Just like oil, the gas contains carbon, so it can partially replace oil in plastics production – e.g. for the production of mattresses, sports floors, textile fibres or insulants – thanks to the new method.

Another two brilliant German researchers are nominated as finalists for their lifetime achievement:

Prof Karl Leo, a physicist who does research at Technische Universität Dresden and an entrepreneur, will be honoured for the development of organic semiconductors, which are essential for previously impossible applications in lighting and photovoltaics.

Dr Metin Colpan, co-founder of the biotechnology company QIAGEN, is nominated for his inventions concerning the separation and purification of nucleic acids. The process allows the cost-efficient isolation of highly pure DNA without toxic chemicals and was a milestone in biotechnology.

European Inventor Award is granted annually by the European Patent Office. Three finalists, one of whom will win the award, are nominated in each of the five categories Industry, Research, Non-EPO countries, SMEs and Lifetime achievement. This year’s ceremony will be held as a digital event on June 17th.

The German Patent and Trade Office

Inventiveness and creativity need effective protection. The DPMA is the German centre of expertise for all intellectual property rights – patents, utility models, trade marks and designs. As the largest national patent office in Europe and the fifth largest national patent office in the world, our office stands for the future of Germany as a country of inventors in a globalised economy. Its staff of around 2,700 at three locations – Munich, Jena and Berlin – provide services to inventors and companies. They implement federal innovation strategies and develop the national, European and international IP systems further.