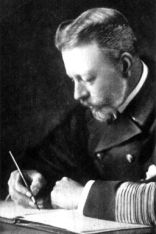 Photo of Heinrich Prince of Prussia, around 1909

This prince is not known today because of his invention, but because of an item of clothing: the "Prince Heinrich cap" was not invented by the Hohenzollern, but he made it popular. This headgear was worn by the members of the Imperial Yacht Club, to which Albert Wilhelm Heinrich of Prussia, a passionate sailor and grand admiral, belonged. The prince, who was born 160 years ago - on 14 August 1862 - loved this cap.

It looked very similar to the uniform caps of the Reichsmarine (Imperial Navy); and these, in turn, strongly resembled the "Helgoland pilot caps" that Chancellor Helmut Schmidt much later liked to wear, thus contributing to the "Prince Heinrich cap" remaining popular until our days.

Heinrich of Prussia was the younger brother of the last German Emperor Wilhelm II. He did not share his craving for recognition and aggressive arrogance, which played a major role in plunging Europe into the First World War. In contrast to his brother, Heinrich was regarded more as a sympathetic figure with diplomatic flair and was internationally respected. 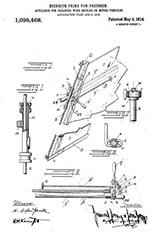 But now to his invention: The high-born naval officer was very interested in modern technology, which Harvard University, among others, honoured with an honorary doctorate. Heinrich took part in the test run of the first German submarine and immediately recognised the military potential of this development.

But he felt at home not only on water, but also in the air: Heinrich was one of the Alte Adler "Old Eagles", i.e. he was one of only 817 people who had passed a pilot's examination in Germany before 1 August 1914. When he acquired German pilot's licence No. 38 in 1910, he was the oldest pilot in the world at the age of 48.

Heinrich was also enthusiastic about cars and took part in races. It is therefore not too surprising that he also devoted himself to technical problems and became an inventor.

Patent for his „Appliance for cleaning wind shields“ 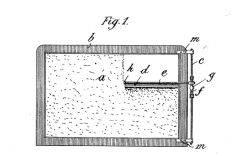 Drawing from the patent specification of Heinrich of Prussia 1908
While driving his Opel, the prince encountered the following problem: "In motor vehicles, a transparent protective screen is usually fitted to protect the driver (...) However, the arrangement of such a protective screen results in another evil, namely that the screen very soon becomes opaque as a result of the accumulation of dust or dirt."

His solution was a "windscreen cleaner for the front windscreen of motor vehicles, consisting of a cantilevered scraper". He received a German patent for this on 24 March 1908 (

DE204343A). Later, the prince also had his invention protected in the USA (

Mary Anderson was the first 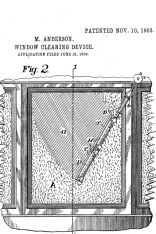 Patentschrift US743801). Incidentally, this was one of the earliest patents ever granted to a female inventor in this field of technology.

Neither of them made any significant profits with their inventions. Like Heinrich's windscreen wiper, Anderson's invention was operated by hand. And that remained the state of the art for a long time. It was not until 1926 that Bosch presented a windscreen wiper driven by an electric motor (