The mass inventor and his masterpiece

We owe it to Artur Fischer that pictures don't fall from the wall, shelves are fixed and the wardrobe hangs securely. The inventor from Tumlingen (Freudenstadt district) is regarded as one of the most productive inventors of all time: he filed 2252 patents and utility models with the DPMA. The DEPATISnet database provides a fabulous 9528 hits (with all international registrations) for his name. Fischer's creative power can only be compared with inventor icons such as Thomas Alva Edison.

On 7 November 1958, he filed a patent application for his most popular invention with the DPMA: the expanding dowel (patent specification

its own entry (1,09 MB) in the DPMA gallery with milestones in the history of technology! 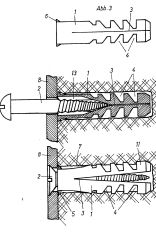 Until then, most people had walled in a wooden block and screwed in a wood screw when they wanted to fix something to the wall. Dowels already existed, but they were mostly made of metal, had a hemp core and held badly. Fischer searched for a better solution and developed various forms of dowels, such as the „Hülsenförmigen Spreizdübel“ ("sleeve-shaped expansion dowel"), which he had patented in 1956 (

DE1038740A). He finally succeeded in producing the perfect dowel: Artur Fischer carved his first expansion dowel from a single piece of nylon.

Everyone who has ever hung anything on the wall knows the principle of this: When a screw is driven in wall, the two dowel halves spread out in the drill hole. The locking tongues and teeth of the dowel press elastically against the wall of the drilled hole and thus prevent the dowel from turning. The sawtooth-shaped incisions, which accommodate the displaced wall material, increase the strength of the connection.

The plastic dowel revolutionised the construction industry and can be found in practically every household with some tools. It is said that up to 14 million dowels are produced every day. 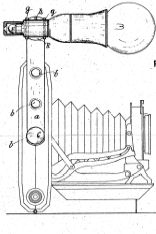 Fischer's huge number of inventions includes many other types of dowels, connecting and bonding devices and other fastening solutions. He also developed screws for fixing bone fractures (e.g.

DE1965350B). However, his first inventions came from a completely different field: he developed flash light devices for cameras. The reason for his interest in this subject was probably the fear of fire when a photographer wanted to take a picture of his newborn daughter with an inflammable magnesium flash in the narrow wooden attic room of the Fischers.

Fischer, a problem solver through and through, set to work. He filed his first patent application on 24 May 1949: „

DE1601285U) as a utility model with the DPMA two months earlier - the first of his many, many protected inventions, which secured him a place of honour in DPMA's inventors' gallery. 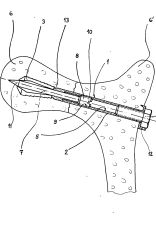 Fischer, born in Tumlingen on December 31,1919, was a devoted constructor even as a child. A Märklin kit, which he got for Christmas, is said to have awakened his inventive spirit. He was sure: "You have to be encouraged early on to be curious and creative." It is therefore not surprising that a large proportion of his patent applications concern toys, such as the well-known "fischertechnik" construction kits, a challenging toy for (not only) small engineers. The educational toy came onto the market in the 1960s and is still very popular today. 30 years later, with "fischerTiP", he brought another successful toy series onto the market - made of potato starch!

Inventive to the highest Age 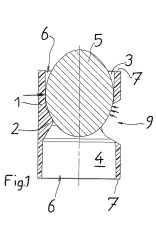 Artur Fischer had completed an apprenticeship as a locksmith. After military service and his return form POW captivity he founded his own one-man company in 1948, the "Artur Fischer Apparatebau". At first he made electric firelighters, which he exchanged for food or tools.

Today, the group employs 4,000 people worldwide and sells its products in over 100 countries. In 1980 Artur Fischer handed over the management of the family business to his son Klaus, who still owns it today. The senior retired to his workshop and continued to work on his inventions. He filed his last patent applications in 2014 at the age of 94 (by the way, these were non-slip

egg cups designed to make it easier to cut open the egg).

Fischer, after whom an

inventor's prize and also a hall at DPMA´s headquarter is named, has himself received numerous awards, such as the European Inventor's Prize or the German Founders' Prize, and was a professor and honorary doctor. He remained creative and curious until the end of his long life. Germany's most productive inventor died in 2016.