Mary W. Jackson (1921-2005) followed a tortuous route to the space programme. She worked in various fields, including as a mathematics teacher, before landing a job at the West Area Computing Unit of the

Dorothy Vaughan was her supervisor there. Only recently both women and Katherine Johnson have become known to a wider public. The feature film “Hidden Figures”, based on the book with the same title by Margot Lee Shetterly, paid tribute to the black female employees at the West Area Computing Unit in Langley.

At their employer, the National Advisory Committee for Aeronautics (NASA’s predecessor institution), all three had to work in a segregated unit, separately from their white female colleagues and were required to use a separate cafeteria and very distant bathroom facilities as they were not allowed to use the toilets of their white colleagues.

Career advancement against all odds 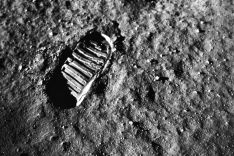 If it was already very difficult for women to climb the career ladder there, it was almost impossible for black women. Some of them succeeded anyway.

After two years in the computing centre, Mary Jackson was offered to work for an engineer in his wind tunnel project. He encouraged her to undergo training so that she could be promoted from computer to engineer. The courses were held at the racially segregated Hampton High School. Jackson needed a special permit from the city to share the classroom with the white students.

She completed the courses with flying colours, was promoted and became NASA’s first black female engineer in 1958. In the following two decades, she pursued a successful engineering career and authored or co-authored important research papers that mostly dealt with problems of air flow around airplanes.

In her hometown Hampton, she was also very committed to helping young people, assisting them in building their own wind tunnel for conducting experiments. “We have to do something like this to get them interested in science,” she said. “Sometimes they are not aware of the number of black scientists, and don’t even know of the career opportunities until it is too late.”

In 1985, Mary Jackson retired from the NASA Langley Research Center after 34 years. Since June 2019, a

street sign at the NASA Headquarters in Washington, DC has been dedicated to the “Hidden Figures”, Mary Jackson, Dorothy Vaughan , Katherine Johnson and other black women scientists.