A life devoted to pharmaceutical research

100 years of women's vote in Germany: This year, the DPMA is particularly dedicated to female researchers and inventors. In a loose series we present important women from science and technology.

When Gertrude Elion entered pharmaceutical research, it was still difficult and unusual for women to gain a foothold in natural scientific professions. Elion, born in New York on January 23,1918, was the daughter of a dentist and an inquisitive, eclectic child. Her grandfather's death from cancer was her impulse to devote herself to drug research. 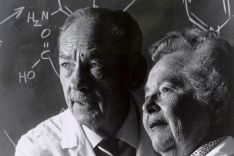 After Hunter College, she studied at New York University. Elion was the only woman in her chemistry degree program. She financed her studies by working as a teacher and laboratory assistant. She only had time for her own learning and research in the evenings and on weekends. Nevertheless, she graduated with a Master's degree in 1941.

The lack of men during the Second World War made it easier for her to enter the world of science. She quickly found a job in a laboratory in the food industry, but was soon dissatisfied with her search for a real challenge. She found it at the pharmaceutical company Burroughs-Wellcome & Company (today GlaxoSmithKline). In 1944 she became laboratory assistant to the biochemist George H. Hitchings. This was the beginning of a congenial professional partnership that lasted for decades and was to bring in both great scientific successes and finally the Nobel Prize for Medicine.

“My thirst for knowledge stood me in good stead in that laboratory, because Dr. Hitchings permitted me to learn as rapidly as I could and to take on more and more responsibility when I was ready for it”,

Elion later recalled . “From being solely an organic chemist, I soon became very much involved in microbiology and in the biological activities of the compounds I was synthesizing. The work became fascinating almost from the very beginning. We were exploring new frontiers, since very little was known about nucleic acid biosynthesis or the enzymes involved with it.” 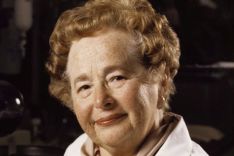 She had to drop out of her doctoral thesis, which she was working on at night school, after being forced by the Brooklyn Polytechnic Institute to choose between her job and her doctorate. Many years later she received her honorary doctorate from several universities.

Elion quickly rose form an assistant to Hitching's equal partner: publication appeared in both names, in patent documents both were named as authors. Together they made medical history: especially in the field of cytostatic drugs, they made a pioneering contribution. They developed the first immunosuppressive agent and thus enabled organ transplants. They discovered active substances against gout, herpes and AIDS. And they developed the first drug to treat leukaemia, which was previously incurable.

Elion's profession was her vocation: “When we began to see the results of our efforts in the form of new drugs which filled real medical needs and benefited patients in very visible ways, our feeling of reward was immeasurable.”

In 1967 Elion became Head of the Department of Experimental Therapy at Wellcome, a position she held until her retirement in 1983. She remained very active as a professor, consultant, speaker, researcher and member of numerous committees. Until her death in 1999, she was also committed to inspiring young people with an enthusiasm for science.

First women in US Inventors Hall of Fame

After receiving the Nobel Prize "for the discovery of important principles of drug therapy", which Hitchings and she shared with James Black in 1988, she received numerous other honours and accolades, including the National Medal of Science, the highest scientific award in the United States. In 1991 she became the first woman to be accepted into the National Inventors Hall of Fame in the USA.

In the DPMA's online patent database, DEPATISnet , you can access numerous US patents in which Gertrude Elion was involved. The first patent specification dates from

1980 - both of which stand for decades of successful research and development.